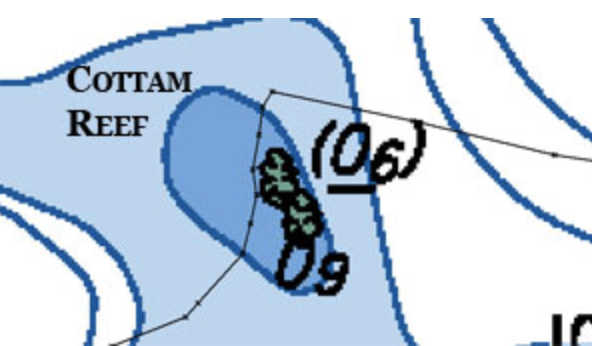 Running commentary and introduction of boats will be broadcast via a PA system on the visiting vessels pier. Boats are asked to participate by sailing close by the pier for an introduction to the spectators during pre-race warm-up.

Special Notes: This is a very busy harbour with float plane and ferry traffic in the vicinity of the start and surrounding area.

Finish Line French Creek: The finish is near the southern most breakwater in French Creek between the race committee motor home on shore and an inflatable marker. Excellent spectator viewing. The entrance to the harbour is tight with a bit of a dog leg going in.

Finish Time: The drop dead finish time is 1800 hrs on this leg. Depending on wind boats could finish this leg anywhere between 1230hrs and 1800 hrs.

Moorage is hosted courtesy of the French Creek Harbour Authority. Harbour Master, Julie Blood, and others will be on hand to provide assistance with tying up. Rafting will be necessary among the fish boats.

Awards Presentation: An informal awards presentation will be held as soon as the results are calculated. All boats will be presented with a flag bearing the name of the town with the winners receiving different colored flags. This will be repeated at all stops.

The start of the 2005 VanIsle 360 started out with a bang for the Cheekee Monkee. Actually 2 bangs, the one at the start and one several hours later. The second bang resulting in the awarding of our skipper, Kim Alfreds, with the not so coveted Turkey Head Award by the Turkey Head sailing club. The description of the Turkey head award from the members of the Turkey Head sailing club includes acts of drinking and the foolish acts that follow. Considering that Kim doesn’t drink the events of leg 1 were. very turkey like.

Leg one from Nanimo to French Creek was scheduled to start off the Nanimo Pier at 10:30. Right smack in the middle of the starting line is the sea plane landing area for Harbor Air float planes arriving and departing from Nanimo. The race committee had arraigned for a break in seaplane activity for the start and all boats were instructed to hold at the dock until 9:45 when the seaplane traffic was suspended. The forecast for the day was 10-15 from the North West. As the boats left the dock the wind was 5 knots from the South East. Right off the dock we hoisted our main and did a fly-by past the dock. Several minutes before the prep signal the wind switched to the forecast NorthWesterly although very light which remained through the start. Bad Kitty nailed the start and we were just behind to windward.

Heading out of Nanimo Harbor the wind built to predicted 10-15 and we changed over from the screecher to the big jib for better upwind pointing. As the wind built we picked up speed passing Bad Kitty soon after heading North. The increased wind also saw the surging of Dragonfly, flying on one hull at times. Dragonfly had been back a fairways at the start, but with the new wind, they quickly flew past us even while they appear to be pointing lower for speed. Cassiopeia, a Davison 72, also moved ahead of the Cheekee Monkee.

The tide was ebbing against our northwesterly course, so the plan was to hug the beach and stay out of the big current. This involved many tacks, an easy task while using the jib, but after an hour or two the wind lightened up and we had to unfurl the screecher. The lighter wind allowed Flash, a 1D48, to pass us on the outside and we seemed to be losing ground to Bad Kitty to boot. Ahead of us Dragonfly and Cassiopeia were plowing a course between the islands on the course, avoiding going close to shore while still staying out of the big current closer to the center of the strait. We were in pursuit, following the same course, although Dragonfly was still in the distance. Flash was still ahead of us following the same course as well when they tacked out around one of the islands going farther than anyone else out into the straight. Once we were past the island and able to see Flash once again we were able to see that they had lost big on their gamble to go outside and were now behind us. Bad Kitty was still the real problem though. They were only 20 minutes behind and were in danger of correcting over us at the finish. Several minutes the call of What happened to Bad Kitty? is heard on the Cheekee Monkee. I look back to see Bad Kitty head to wind not going anywhere. It took several more minutes before they were underway again, long enough for us to pull away while several monohulls passed them.

Now getting on to the Turkey Head part.. Shortly after Bad Kitty was held up for a while we encountered what has now become the entire fleets entertainment for the leg.

The wind had lightened up significantly with huge holes and oscillations. One such oscillation put us into an uncontrolled 360 when Kim lost steerage and we couldn’t blow any of the sheets in time. After the 360 we returned to starboard tack heading back toward the beach pointing just above a submerged rock. The course was littered with small rocks, reefs, and islands. Many were just under the surface with the small 1 foot waves breaking over them.

The rock that we were closing in on was just below the surface with waves breaking over it (see image on left for our GPS track). After the 360 the crew was on the low side and Kim was at the helm on the windward side. For a minute it looks as if we would clear it, Kim called for a distance, Jason called back, 2 boat lengths, so we stayed the course and didn’t duck below or tack away from the rock. We were entering a wind hole right at that moment and our boat speed was quickly disappearing. Jason calls out, one and a half boat lengths. Mike is getting ready to pull up the port lifting foil in the event we can see anything. The wind has disappeared and the current was carrying us back toward rock. Shane looks at me and says to get ready on the daggerboard. I crawl under the screecher and as soon as I get my hands onto the line that pulls up the daggerboard CRASH the boat shudders to a stop. Kim yells to pull up the daggerboard. I pull and the top of the board comes up to deck level with another 2 feet to go. I move my hands further up the line and..CRASH the boat shudders as the daggerboard hits the rock again. Kim yells to get the daggerboard up again and to pull the rudder. Second, pull the daggerboard comes up. Jason pulls up the rudder and there are no more crashes. We are float over the rest of the rock with the boards up. The wind fills back in slightly and we sheet in to get away from the rock before putting the boards down.

After we clear the rock and are underway we look down at the daggerboard to look for significant damage. Nothing seems visible from the surface right after the incident. We maintain our position on the other boats and continue tacking up the beach toward French Creek. Jason inspects the GPS and informs us that there are no more rocks for quite a while.

After several more minutes, we look down at the daggerboard while on Starboard tack and see something trailing off the daggerboard. Someone calls out that we have kelp on the daggerboard. Kim calls to pull the board and drop it. Mike and I pull up the blade and drop it although there is more resistance than normal. The trailing darkness doesn’t disappear after the board is lowered back down and after tacking we can see why. On port tack there is something white trailing the daggerboard, so we can tell that the skin of the white carbon dagger has opened up.

The finish is in sight. We are going slower and pointing lower post-accident, but we make cross the line. Third boat home behind Dragonfly and Cassiopeia, just ahead of Flash and Lawndart to take second in the division behind Dragonfly for the leg.

Back at the dock, in front of a gathering crowd, several pieces of wood are used to pry the base of the over foot on to a block of foam. With the mast moved Shane pulls up the daggerboard to reveal the damage. A hand size chunk is missing from the leading edge of the tip of board and skin has been delaminated and pulled back almost 2 feet up the bottom.

The repair is underway. Several hours under a makeshift tent at the back of the Cheekee Monkee trailer get the skin epoxyed and clamped down. After the start of a downpour the board, all its clamps, pressure ropes and blocks are wrapped up in plastic and taken to the hotel room to better apply the heat lamps for hardening. So using a donated companionway step from Bad Kitty for filler Mike has done some fine epoxy work and the board should be done for the morning.